On 13 December 2007, the 26th anniversary of the Martial Law introduction in Poland, the results of an international architectural competition for the European Solidarity Centre to be built in Gda?sk were finally announced. The competition was organized by the Municipality of the City of Gdańsk, under the aegis of the Ministry of Culture and National Heritage. The panel received 350 projects from all over the world. 58 of them made it to the final. First prize was awarded to a project by Gdańsk architects from Fort Agency. Second prize was awarded to a project created by architects from Warsaw based Gray International and Stelmach i Partnerzy design agency from Lublin.

The Jury Panel provided the following grounds for its decision:
Entry No. 21 Second Prize This was a clear and comprehensive presentation of an elegant scheme. The ideas deal with the large-scale – the city – as well as the need for a “Solidarity” concept, and include detailed information about the materials and construction. At the large scale a powerful city planning proposal is made for a grand new square terminated by the façade of the new building. This would provide a setting for the “3 crosses” monument, which would be seen from a distance. To quote from the report, “Every other form must fall silent in confrontation with the monument.” This clearly sets out a typology for a building that occupies the whole site that presents a special face back to the city. The well-written report describes ideas that add a poetic dimension to a practical and pragmatic scheme. The use of a simple regular structure ensures buildability and long-term flexibility – qualities necessary for a building with unpredictable future uses. The solid but light-permeable wall, with its reference in the multitude of light-points to the millions of Solidarity members, is an imaginative response to the need for a memorable and sophisticated image that could represent, together with the use of nature in the winter garden, the essential qualities of the Solidarity movement.

Publication by The Municipality of the City of Gda?sk presenting architectural competition results – PDF 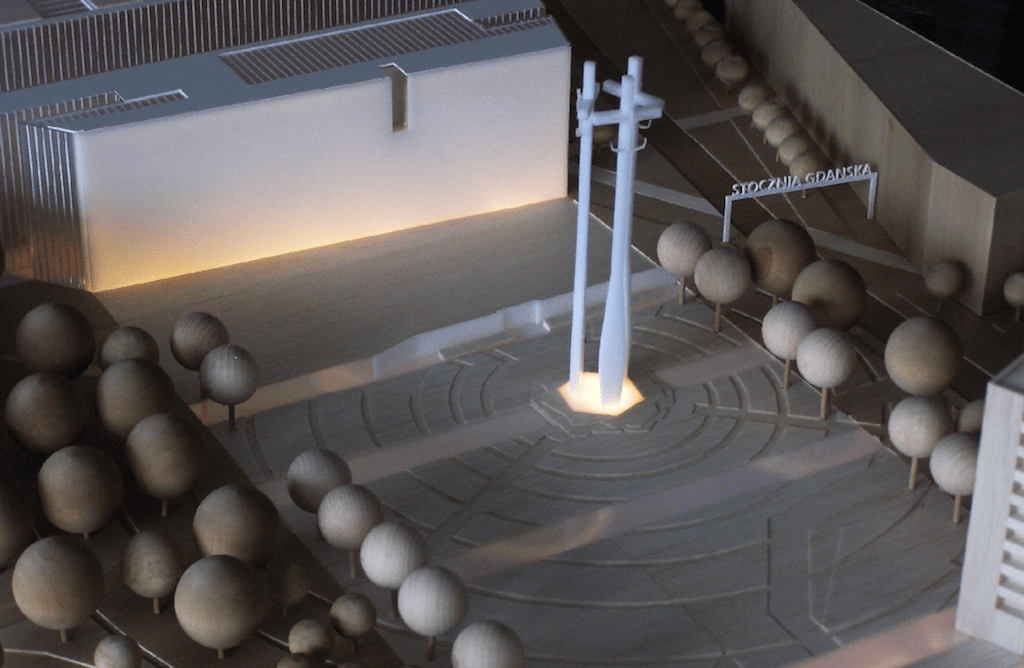 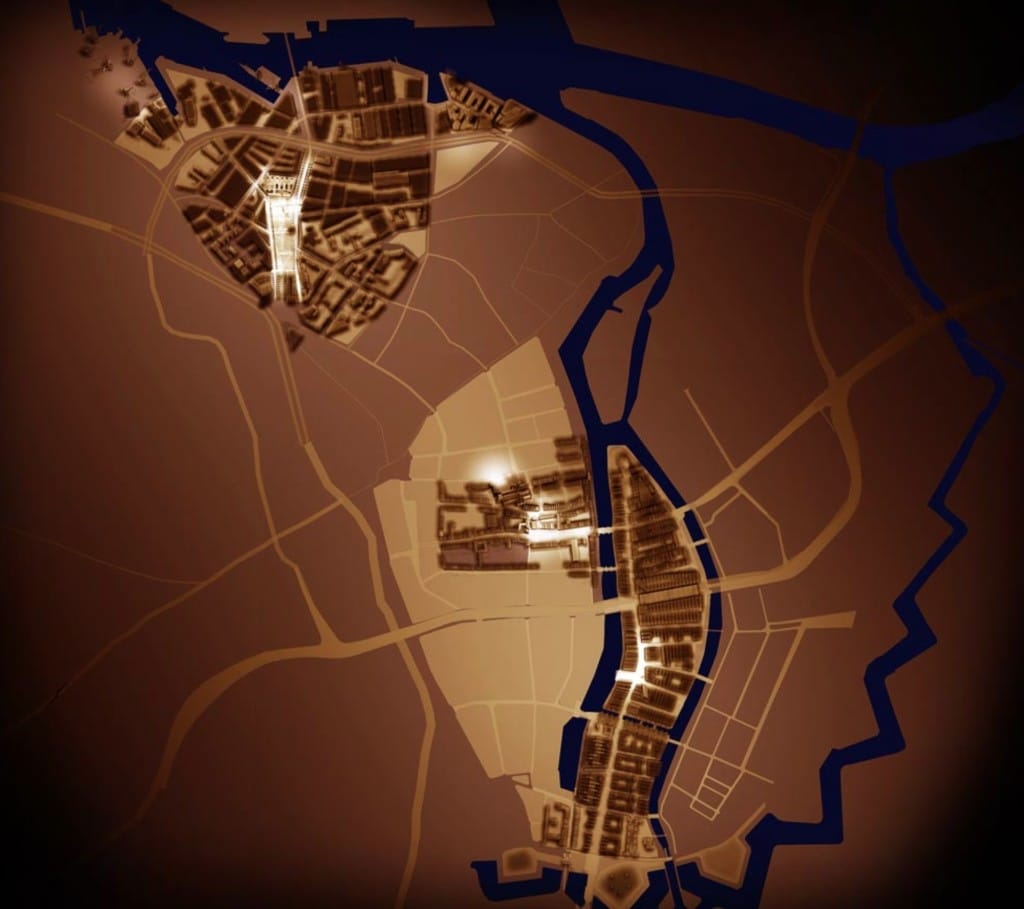 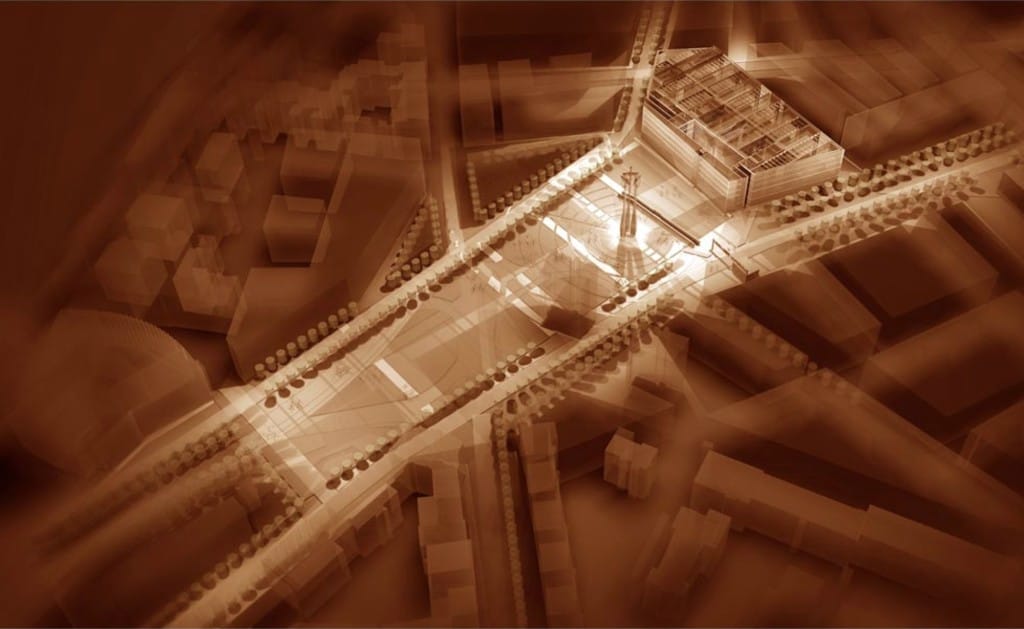 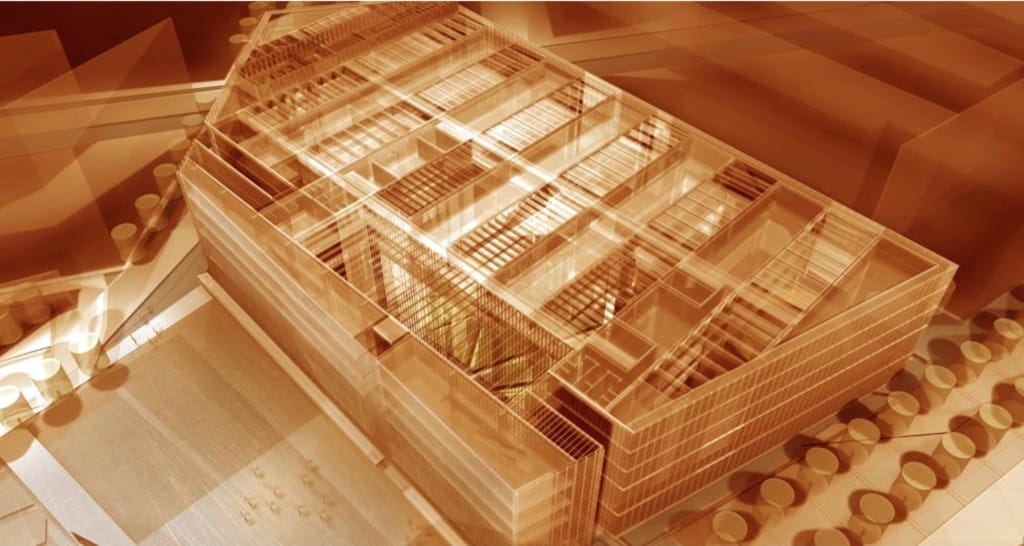 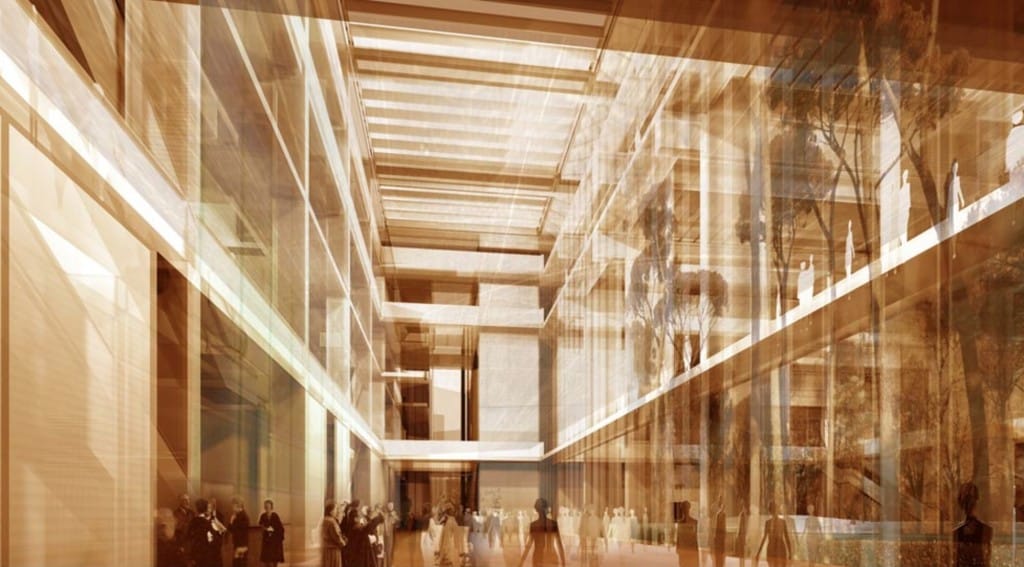 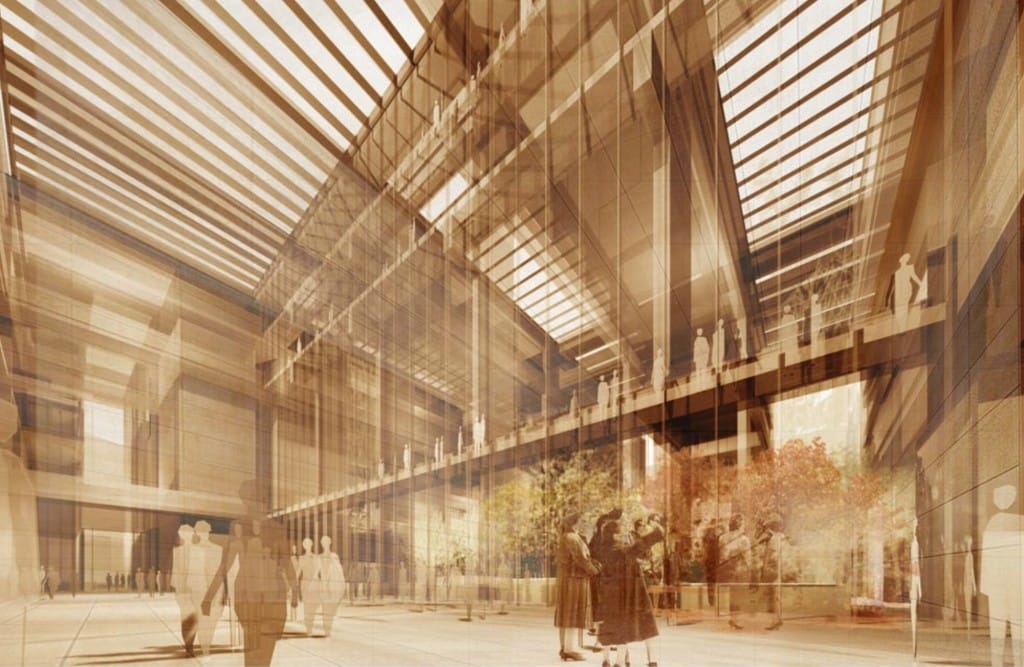 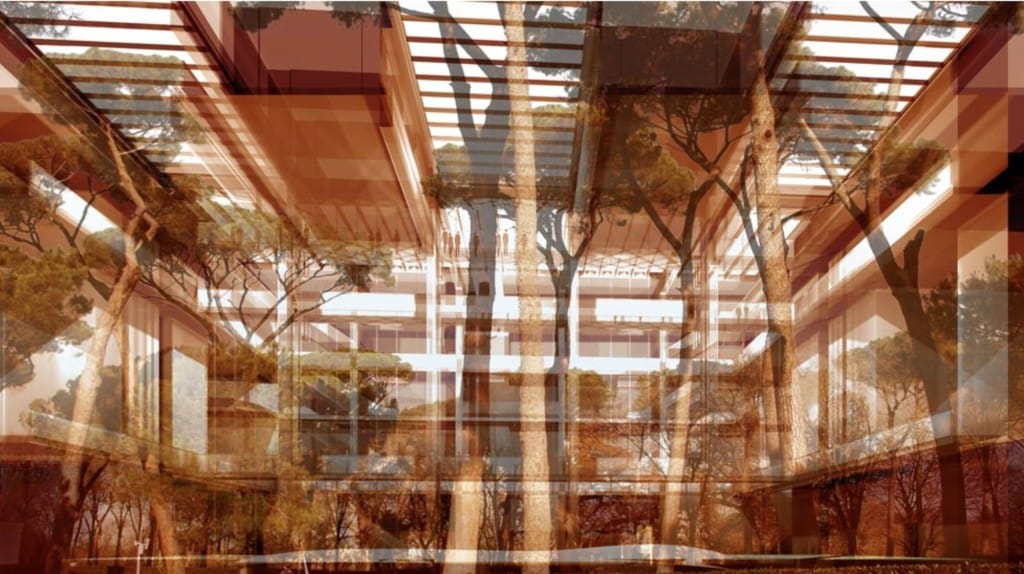