A project by Gray International and Dedeco architects wins second prize in an international architectural competition for the Meeting of Cultures Centre in Lublin.

On 18 May 2009, the results of an international competition for the Meeting of Cultures Centre and its surroundings – the Theatre Square – were finally announced.
The architectural concept created jointly by architects from Gray International and Dedeco won second prize.

Faced with a challenging task of endowing buildings from the 1960’s and 70s, known as the Theatre under Construction, with a new, appealing and functional appearance, the team based its work on a thorough analysis of the existing state as well the aspirations, needs and challenges that the Meeting of Cultures complex will have to meet in the future. Without infringing on the basic structure of the buildings or adding new floorage, the architects created an open public space, allowing free and unobstructed movement of people and thus opening the centre as a meeting point for creators and their audiences. The overall impression was further enhanced by the effects of transparency, flooding natural light, and materials responding to the play of light.

By researching the context and surroundings of the location, the architects also addressed the necessary questions concerning functional, urban and architectural links between the buildings and the Town Hall and Congress Centre to be constructed nearby. The project was accompanied by a vision of the Theatre Square as integrated with the Meeting of Cultures Centre. The project of the Square also provided for ramps, which not only solved the problem of escape routes, but also multiplied the possible applications of the public space for various types of events.

The resulting architectural concept returned lightness to the location and offered multifunctional and symbolic spaces linked by an intricate yet clear internal communication. The impressive cultural centre consists of the existing Concert Hall and, among others, the Musical Theatre, Theatre, Media Library, conference centre, Art Gallery, and restaurant and cafe area. Despite the busy functional scheme, the facilities evoke the feeling of lightness,  brightness and openness onto the outside and inside, as well as a sense of integration with public squares and the immediate surroundings.

According to the Jury, „The prize was awarded for the form and the atmosphere of public space. The open and adaptable form of the building, its multiple spaces, a wall as a multimedia projector screen, as well as integration with the appealing function of the square are all a good example of how to create a modern ‘pop-cultural’ meeting place within the urban space.” 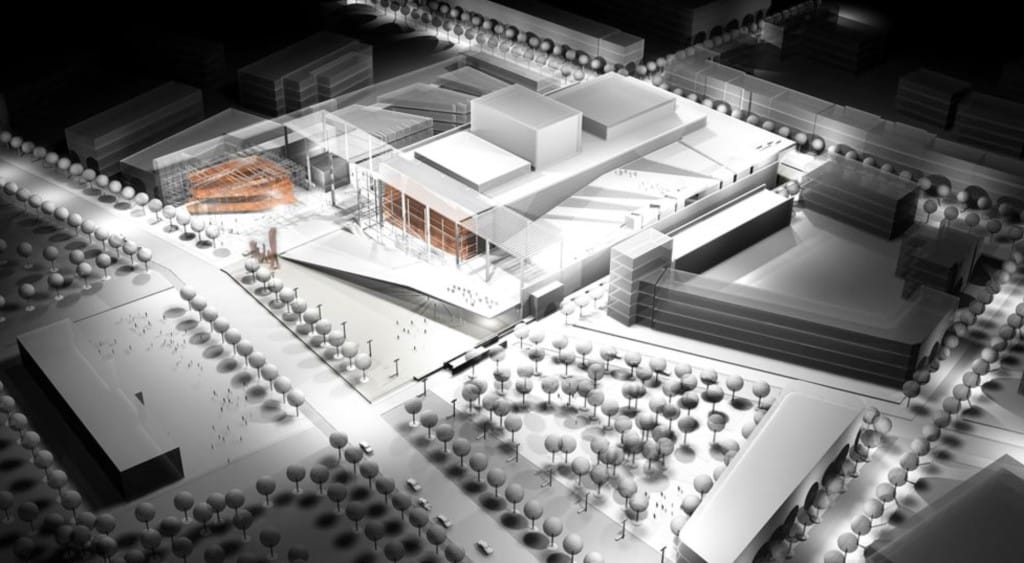 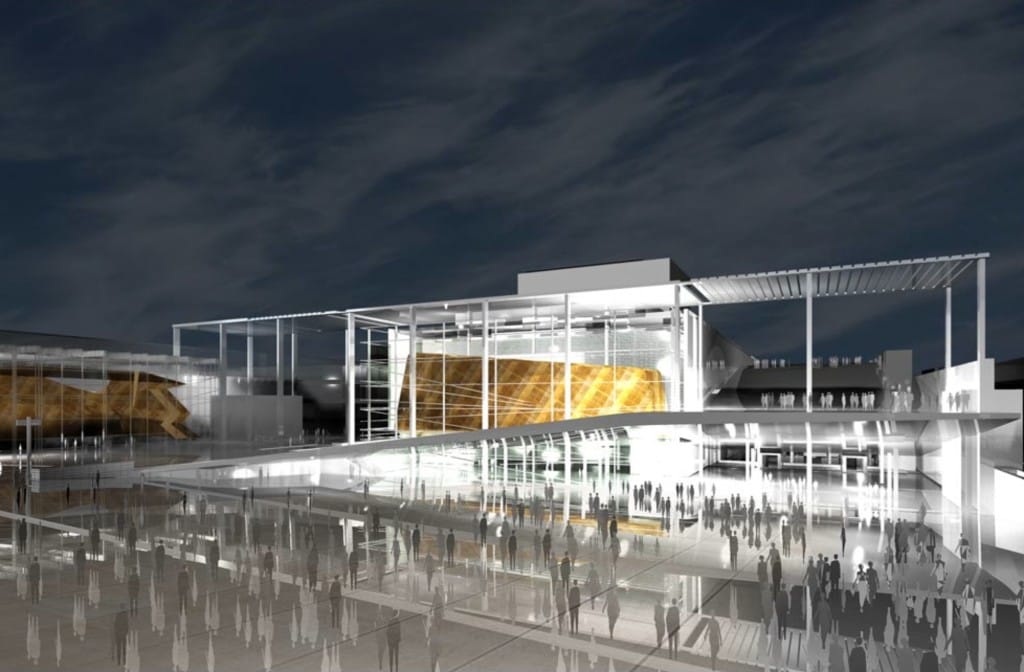 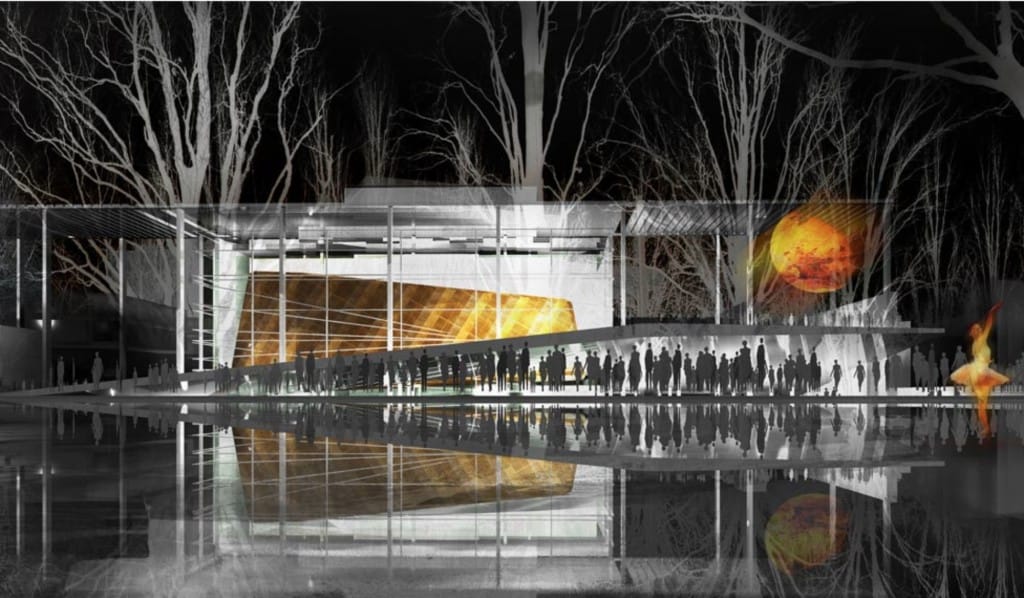 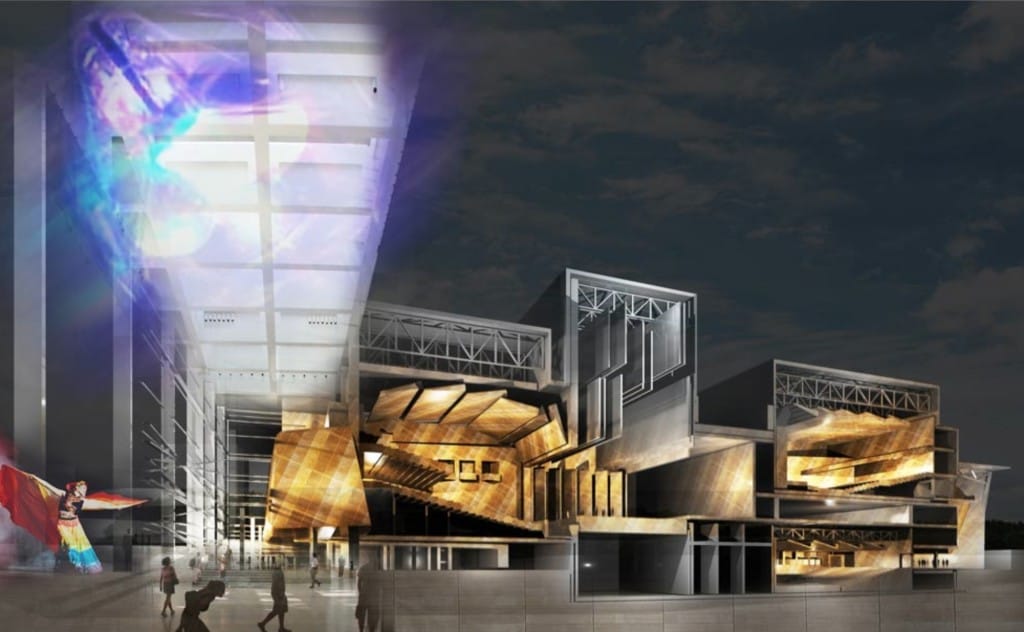 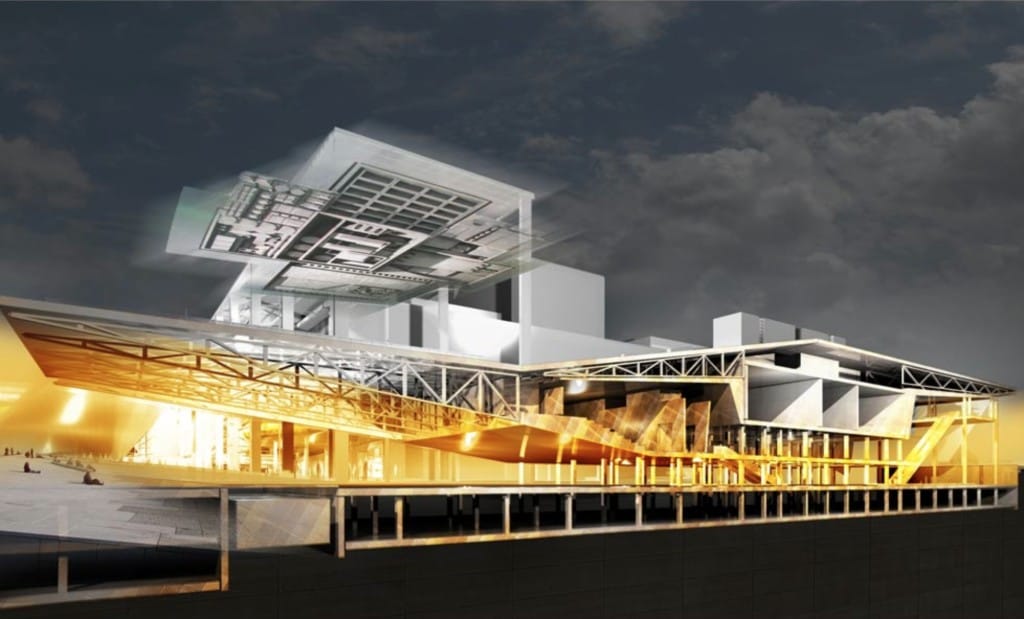 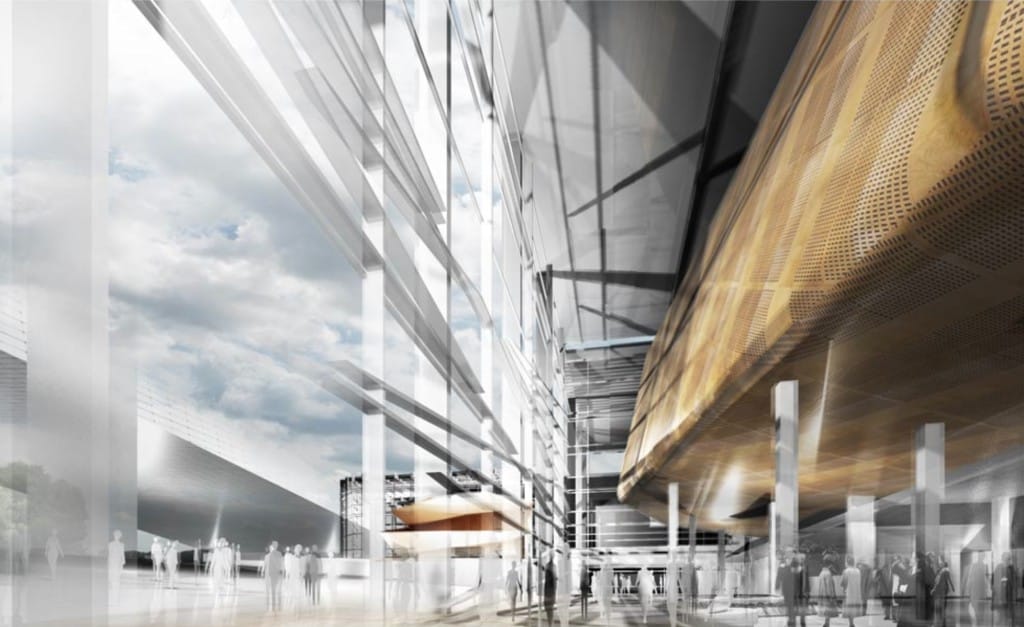 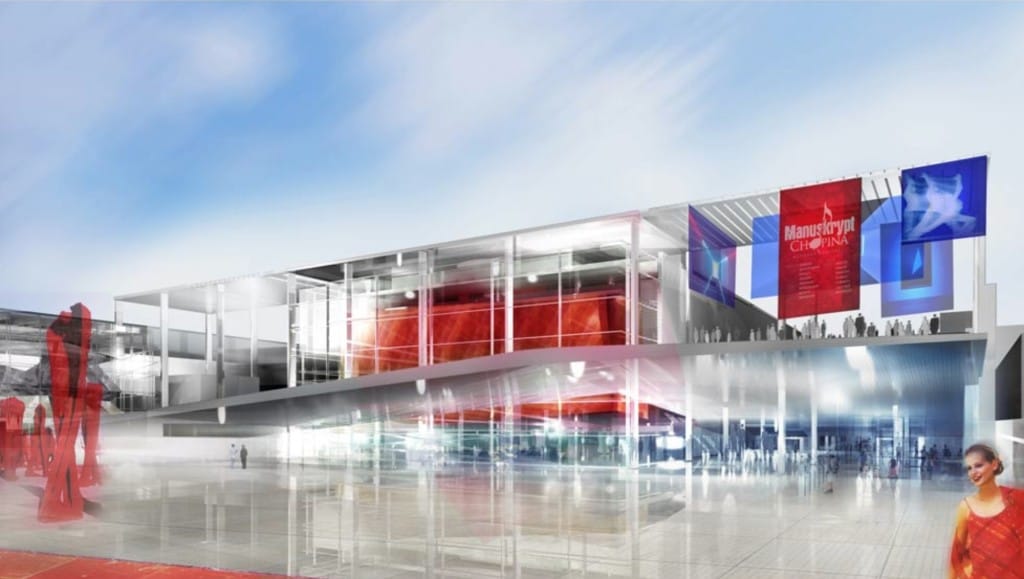 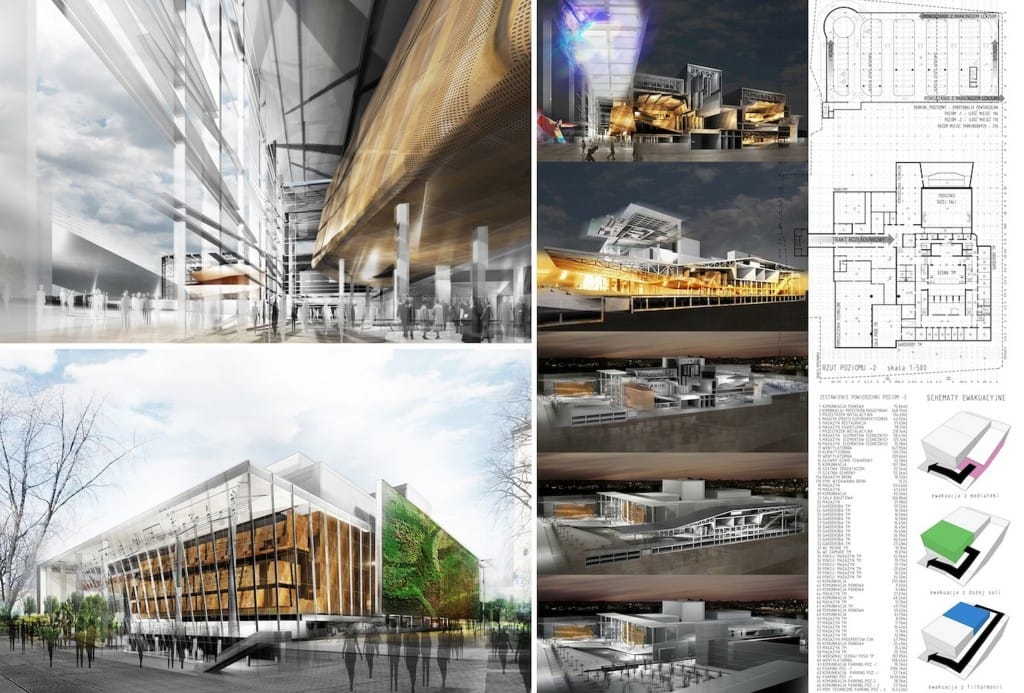 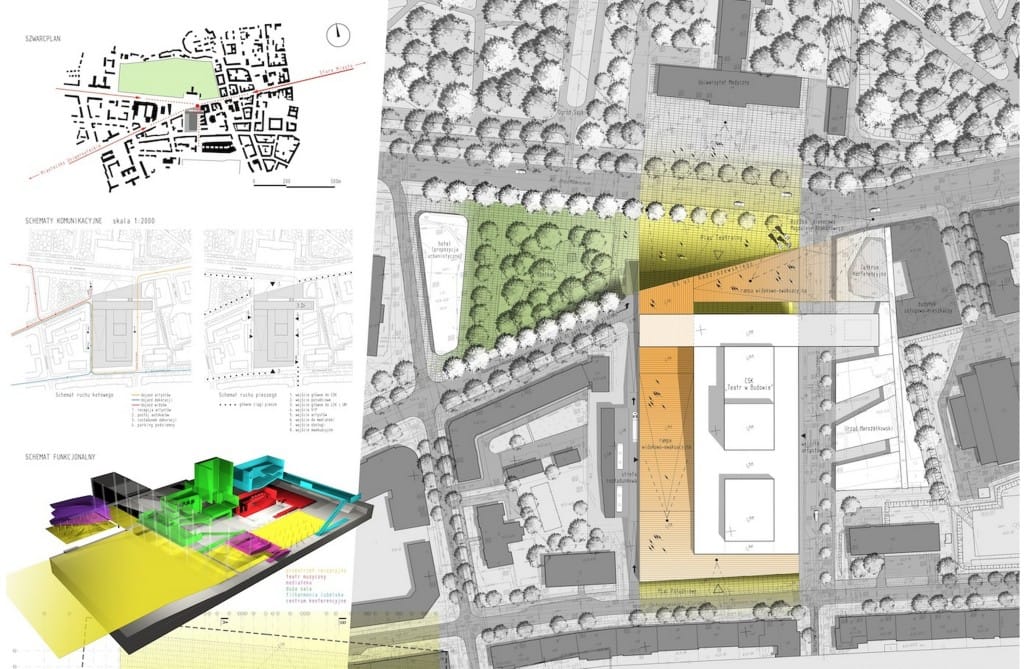